Yes, the whole "compare people or programs to pop culture figures" has been done a thousand times before, but I always wanted to combine two of my great loves - SEC football and Bond movies - into a tasty mix. SEC football, like Bond movies, is fun because of its villains. So why don't we dispense with the notion that our guy is good and the other 11 coaches are all evildoers in volcano lairs threatening to blow up the world? Let's just imagine all 12 SEC coaches in Nehru jackets, surrounded by pirhana and incompetent henchmen.

Steve Spurrier as Dr. No in Dr. No 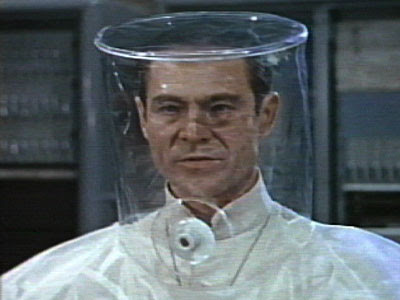 The original villain. Dr. No was driven by a desire for vengeance for perceived slights. Dr. No was an evil genius whose skills were refused by the East and West, so he moved to SPECTRE to get revenge on both. Spurrier, an offensive genius, was similarly motivated by a desire to punish his enemies: Georgia for the '66 game and Vince Dooley's decision not to hire him; Bill Curry for his desire not to hire him at Georgia Tech, Tennessee for...who knows what reason? Also, Dr. No meets his end in the book by being buried in bird dung, which is a fitting metaphor for a coaching legend ending his career at South Carolina.

Likes to cheat in Miami. Famous for bombs in Kentucky. Wants all the money. Not noted for being especially nice to his henchman. You have to know that Saban would off an enemy by painting him/her gold if he could.

Urban Meyer as Vargas in Thunderball

"Vargas does not drink... does not smoke... does not make love. What do you do, Vargas?" More than any other character in the Bond movies, Vargas is obsessed with his job. He wants to kill people and that's it. If only he referred to himself in the third person.

Sylvester Croom as Dr. Kananga in Live and Let Die

A trailblazer. The first of his kind. Possessor of a great voice. There are definite parallels between being the head of a remote backwater island and being the head coach in Starkville, Mississippi. Croom's performance last year in gutting Mississippi State to eight wins entitles him to a comparison to a Bond villain with a genuinely original idea: giving away free heroin to create addicts.

This one just writes itself. If you want more than a cute pun from the "desperately trying to be funny" era of Bond movies, try this on for size: Hai Fat's downfall was getting involved in an activity that didn't suit him. If he would have stuck with being a wealthy industrialist instead of dabbling in hiring hit men and running after the Solex Agitator, he wouldn't have ended up on his mausoleum prematurely. Does this remind anyone of Detective Fulmer's turn as Deep Throat? Also, Hai Fat's devotion to old school killing - sending Bond to "school" as opposed to letting Nick Nack fillet him - fits with Fulmer's devotion to the old ways of moving the football. 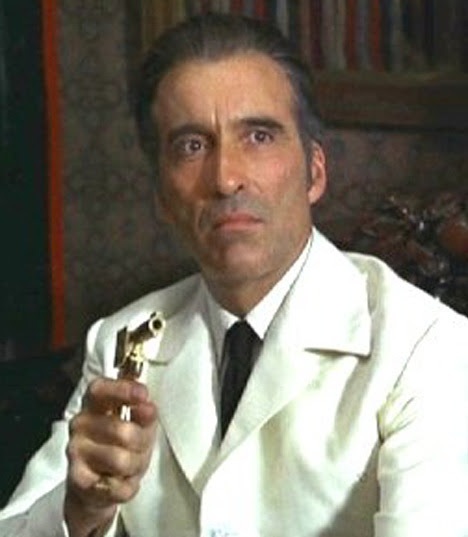 If there's a better metaphor for being the coach of Vanderbilt than a villain who goes into a battle with James Bond with one shot to Bond's six and a sole ally in the form of a French midget, I'd like to hear it.

Rich Brooks as Karl Stromberg in The Spy who Loved me

A grumpy old dude who spends his time in the water.

Tommy Tuberville as Drax in Moonraker

Let's review Drax's career as a Bond villain. He is betrayed by his assistant Corinne Dufour and is forced to punish her by having her eaten by dogs. He is betrayed by Dr. Holly Goodhead, so he attempts to cook her with a space shuttle. He is betrayed by Jaws when Jaws refused to "EXPEL THEM!!!" Does that sound like someone whose defensive coordinators keep going to Texas and who was famously betrayed by Bobby Petrino at an airfield in Louisville. And who better to represent a guy with ears that make him look like he could take off and orbit the earth than a villain who shot himself into space and wanted to live there forever?

Bobby Petrino as Aristotle Kristatos in For your Eyes Only

Kristatos worked for the English in World War II, then switched sides to help the Russians after the War. Arthur Blank is nodding furiously at this parallel. Kristatos treated Bibi, the athlete under his wing, like total crap. Warrick Dunn and the rest of the 2007 Atlanta Falcons are nodding furiously, as well. In the end, Kristatos was just a mercenary looking to get paid. Arkansas fans will one day be nodding their heads furiously.

Maybe I'm saying this because I've seen Octopussy 457 times and gave my youngest brother a written exam on it after his first (forced) viewing, but Kamal Khan is the most likeable of all the Bond villains. He's totally smooth with the ladies, which makes him different from most Bond villains who seem like they want to blow up the world in retaliation for never getting dates in high school. He dresses well, reads the classics, is well liked by the locals, and wears proper dinner attire. He isn't obsessed with his day job, but rather balances smuggling a nuclear weapon onto a U.S. Air Force base in West Germany with generally being a pimp in the Monsoon Palace. This is how I imagine Mark Richt to be. Charming, well-liked (even by his enemies), and not obsessed by football like a Meyer or a Saban. That said, Richt has a subtle evil streak. Kamal keeps his enemies hanging on meat hooks in the cellar; Richt instructs his players to show up Florida after scoring a touchdown.

The total opposite of Kamal Khan. Orlov is temperamental and impulsive. While his colleagues want to achieve world socialism peaceably, Orlov wants to nuke an American Air Force base, then sweep through Western Europe with his tanks. Les Miles is the one coach in the SEC who could deliver Orlov's tirade at the Politburo against disarmament. If only Orlov would have finished with "have a great day!" With his love for ballsy attacks on the ground, Orlov is the one Bond villain would appreciate Miles's performance in the Florida game last year. Also, both love big hats.

This comparison works beautifully in my head, but I have a hard time explaining it. Maybe it's the penchant for grandiose speeches? The high-pitched voice? Even though I think he's a good coach, Nutt gives off the vibe that he's not above doing something bat-shit crazy, which puts him right in league with a media mogul who thinks that a worldwide nuclear war is a solid investment. Also, if Nutt is Carver, then Reggie Herring is Herr Stamper and that really appeals to me.
Posted by Michael at 8:06 PM

I was excitedly scrolling down to see if you would go soft on Richt...and you did.

I have to say, I would not imagine Richt being smooth with the ladies.

Richt has said that he was quite smooth with the ladies when he was a student at Miami. In fact, I think he had a nickname to that effect.

Would you feel better if I made RichRod Sheriff J.W. Pepper? (Not a real Bond villain, I know.)

hahaha that Spurrier one is priceless! Everyone knows about the "Coaches Graveyard" that exists at South Carolina...He will add to that group..South Carolina is terrible.

how could you not have jaws

I would've included Le Chiffre somewhere. I'm not familiar with the SEC coaches, but someone has to have gotten into financial trouble at some time and taken some random ass job just to pay off debts. :)

Or what about Gustav Graves? A cynical, rich man who no one in the crowd (audience at movies) likes and is easily the most irritating and hated of his kind. If you haven't guessed it I don't like Die Another Day and Gustav Graves (played by Toby Stephens) was awful.

Le Chiffre is ticketed for a coach outside of the SEC. Someone boring and methodical who wins a lot by wearing his opponents down...

I also hated Die Another Day. I'm not sure who would play Graves. I can't think of a twerpy enough coach for the role. Maybe Neuheisel, but I have other ideas for him.

This was a really cool idea. I read SI a lot and it just so happens that I am a HUGE Bond fan. If there is a crazy eyed coach then you could have the villain from the upcoming film Quantum of Solace...just an idea.

Great stuff... except a little weak on the Meyer blurb.

I do not know why I was very like to play the EVE, so I need eve isk and the eve gold , do you know the eve online isk.