From Normandy to Waterloo 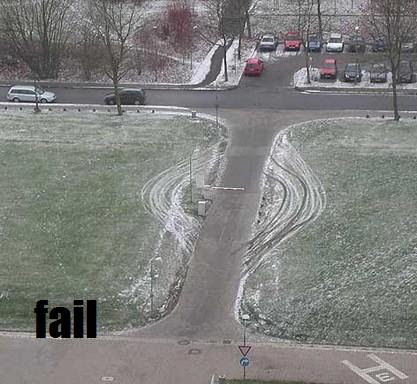 You're Bobby Cox. On a Sunday afternoon, you're headed into the bottom of the 11th inning at Chavez Ravine in a 4-4 game. Here are your options:

1. Billy Wagner, your closer with a 1.69 ERA who hasn't pitched since Wednesday;

2. Craig Kimbrel, a young reliever with good stuff, control issues, and a 2.08 ERA in limited work;

3. Cristhian Martinez, about whom we know precious little other than the fact that we will cut-and-paste his name for the entirety of his career in Atlanta; or

4. Jesse Chavez, who has a 7.09 ERA in 23 innings and therefore is a pitcher about whom we know all we need to know.

Naturally, Bobby took option #4. Chavez entered, walked the leadoff hitter Russell Martin on five pitches, and then allowed the game-winning single after the Dodgers sacrificed Martin to second. I'm angry now and my anger will double when Wagner comes in with a 6-2 lead in one of the games against Arizona to mop up. Our $7M closer will mop up in a meaningless situation after he collected splinters when his team needed him most in LA.

I can't be angry at Chavez. To quote Chris Rock, that tiger didn't go crazy; that tiger went tiger. Chavez is a bad pitcher. He should not come into a high leverage situation unless there are no alternatives. There were three superior alternatives available to Bobby and that's before we start discussing putting position players on the mound or summoning Don Sutton from the booth. Once those alternatives were exhausted, then Bobby should have pulled a Coach Eric Taylor in East Dillon's opener and forfeited the game.

Bobby Cox is a Hall of Fame manager, but he has never been good at managing a bullpen. I always defended the Braves' lack of success in the postseason as a matter of luck, but in my heart of hearts, I'll admit that having a manager who doesn't have a feel for the pen didn't help matters. Bobby is great at both seeing the big picture in a long season and maintaining a friendly atmosphere that is conducive to players performing at their best. There's a reason why multiple polls of major leaguers have Cox as the runaway winner in the "for which manager would you most like to play?" category. However, he is not good in late game tactical situations, which are the easiest scenarios upon which fans can judge a manager (we don't see Cox behind the scenes smoothing things over in the clubhouse) and which generate the most white heat among baseball fans. (There is an obvious Lloyd Carr analogy to be made here.) Ergo, we all acknowledge that Bobby is a legend as a manager, but we won't miss everything about him.
Posted by Michael at 8:29 PM