Whither the Big Ten 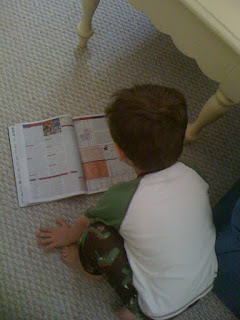 My crack research staff is hard at work.

Matt Hinton makes an interesting point when he describes the Big Ten’s resurgence in public opinion over the course of the summer. The league written off by many as overhyped and outdated produced a fine bowl season in which its top four teams all won bowl games, including two BCS bowls. The league then set off a seismic charge with its public expansion process, settling on Nebraska, a cultural fit and a historical top ten program. However, Hinton points out that the Big Ten has struggled to produce championship teams over the past 40 years, so the test will be whether Ohio State can bring home the crystal ball, thus ending the perception that Big Ten teams are not truly elite.

Hinton’s point illustrated something that I was considering when I was reading Football Outsiders’ ranking of the 100 best college football teams of all-time according to their Estimated S&P+ metric. There isn’t a Big Ten team in the last 50 years that cracked the top 40 of the rankings. Despite having attended a Big Ten school, I still cling to the basic maxim of a Southern upbringing that Big Ten teams get a lot of attention because of the number of eyeballs they bring to a broadcast (although those eyeballs are gradually taking I-75 south), but they are usually overrated. (Counterpoint: easy for me to say now that Michigan is irrelevant. Where was this modesty four years ago?)

I need to resolve this issue before the end of the month because my initial inclination is to rank Ohio State as my preseason #1. Neither Florida, nor Alabama look like world-beaters in 2010 because of their losses on defense, which leaves the field somewhat open. Ohio State returns a lot of experienced talent (I’m not of the school that thinks that the Bucks cannot produce top players; the composition of NFL rosters rebuts that notion) and their offense might come out of the Paleolithic Era with an experienced quarterback. (Let’s be clear: Ohio State isn’t winning the national title with the offense that it deployed after the Purdue loss. Successful though it may have been, at a certain point, vanilla will only go so far.) The schedule is reasonably favorable. If the Bucks do go 12-0 and I’m right about the SEC not having an elite team this year, then they might find themselves with a manageable matchup against someone like Boise State, Virginia Tech, or Oklahoma in Glendale. And what could go wrong for the Bucks in Glendale?

On the other hand, reading Hinton’s post reminded me that the Big Ten bounce at the end of the bowl games was something of a mirage. For one thing, it’s a fool’s errand to put too much importance on non-championship bowl games because it’s always possible that one or both teams have checked out mentally at the end of a long season. (This is generally less true as you move up the bowl pecking order. I think that teams usually take BCS games seriously.) Second, and more importantly, the top four Big Ten teams all got favorable match-ups in the bowl games. Ohio State drew an offense-heavy Oregon team whose weakish defense couldn’t get the Bucks off the field. Iowa drew Georgia Tech, a team that was: (1) pretty darn lucky over the course of the season; (2) reliant on an off-beat offense that loses much of its mojo when the opponent has a month to prepare; and (3) a little overvalued because, like Oregon, they weren’t very good defensively. For talent reasons, you'd rather play Oregon than USC; you'd rather play Georgia Tech than a well-coached Florida State or Miami. Penn State drew an LSU team that was outgained in SEC play. (In other words, an LSU team in name more than merit.) Wisconsin drew Miami, a team that finished the year better than it started it. The Big Ten has been unfairly criticized in the past for poor bowl performances when its champions have played USC in Pasadena and its remaining teams have been bumped up in the pecking order as a result of the fact that they bring crowds to games. Last year, the Big Ten got good match-ups for its top teams and it’s a little overvalued going into 2010 as a result.

So that leaves me in a position of uncertainty as to what to make of the Big Ten generally and Ohio State specifically. Picking against a Big Ten team in August is like picking against England in the run-up to a World Cup: it’s never a bad idea. The twin seductions of an open field and an alluring Big Ten contender that seems to check all the boxes for a national title winner just mean that I should be lashing myself to the mast right about now. But if not the Bucks, then who?